Rhetoric for the masses

I pop into the Taos Kokopelli Coffee Shop. It’s a former branch bank, tiny but cozy and warm. I’ve dated the owner, Patrick, on and off for eight years. We’ve been on again for months, and we talked of marriage last night.  I flash him a smile and wink.

“Goldilocks!” he says my nickname, and grins while he waggles his eyebrows.  We lock eyes in merriment. We know tonight will be another wild one. He makes my usual while I pick a table and set up my laptop. The door opens and I glance up to see what some people call a typical Taos hippie. Ragged, layered clothes, dreads, and sandals despite the cold. He’s six feet away from me but he stinks like he rolled in dog shit.

Our eyes meet, and I quickly drop my gaze. He has wild, crazy eyes. He’s the same guy who rushed a laundry cart towards me in the Spin ‘n Sparkle a few months ago, making creepy, growling noises. I dodged him and he ran the cart into a washer. He screamed, “Stay in your own lane.” The owner called the police. Again. She said he once threw a bucket of marbles in the dryer and turned it on. Announced he was making popcorn. Another lady said she heard Crazy Eye’s father once tied wet leather strips to his penis. They got tighter and tighter as they dried. Crazy Eyes went wild and strangled the dog. His father laughed and told him that’s what berserk meant. It’s what the Vikings used to do before they invaded. Made themselves go berserk with the leather strips. They came on shore so wracked with pain they whacked off heads. She said Crazy Eyes’s father was found chopped to pieces and stuffed into hundreds of olive jars. Crazy Eyes was nine years old. They let him out of the nuthouse when he was eighteen.

I keep typing gibberish while I remember all this, but I glance up and see him lean far in over the counter, resting his forearms on the turquoise tiled wood. Looks like he is studying the choices on the chalkboard on the wall behind Patrick. That’s when I see the gun tucked into his waistband. I freeze. My heart starts pounding. I have to let Patrick know without setting off Crazy Eyes, so I grab my phone and slip outside. I round the adobe wall and stand out of sight while I call Patrick.

“This is Goldy,” I say when he answers. “The guy at the counter has a gun. He’s the one I told you about. The one in the laundromat.”

“Want me to call the cops?”

His answer is lost in a burst of explosions. Shards of glass fly out from the window to my left. People screaming. I drop down; draw my knees up and scooch up against the wall on my haunches. More shots and screaming, then Crazy Eyes bursts through the door and rounds the corner. I stick my hand out, pull on his ankle, and trip him. I lose my balance and fall hard on my ass. The gun skitters a few feet. I scramble over to him on my knees and jump on his back.

I scream to people on the sidewalk, “Get the gun, get the gun!” He is strong and I don’t weigh enough. I start hitting him on the side of his head with my fists. I hit him over and over. Seems like hours before a cop pulls me off. He helps me stand up. I turn and look through what’s left of the window. Blood everywhere. Other stuff, too. I know what it is, but cannot let it register.

How do they know?

Photo by Pixabay on Pexels.com

The best advice I’ve seen so far about how to find a literary agent comes from Jane Friedman. She has a wealth of  experience and is well-respected in the world of publishing. Take a moment to read her sage advice about agents and all things publishing on her blog: Jane Friedman.

I’m reading her newest book, The Business of Being a Writer, and I highly recommend it for all writers. You can purchase it at your local bookstore or on Amazon.

The bride of Christ has left the building.

I am pleased to announce my essay, “Dominoes and Biscuits” was published by the

Their mission is to present the finest essays on the mysteries of childhood experience, the wonder of adult reflection, and how the two connect over a lifespan. I am honored my essay was selected for publication. 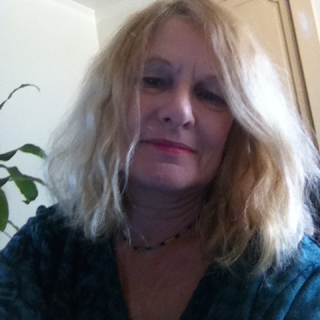 Ink to You by Paulette X Zander

Based in Connecticut and New Mexico, Paulette X Zander’s short stories have been published in Crack the Spine, Everyday Fiction, 62nd Stories, Pearce Publications, Flash Fiction World and the Penman Review. She has been a guest blogger for Evo Cleaning, AV4 Home, Get Holistic Health, EJ-Fransen, The Cartridge Shop, 1st Angel, The Kitchen Hotline, Funds for Writers, and other websites. Zander holds a Bachelor’s Degree in English and Creative Writing from Southern New Hampshire University. She is currently earning her MFA in creative writing at Lindenwood University. She dispenses writing advice, random observations, and flash fiction on her blog, Ink to You: Rhetoric for the Masses. You can follow her digitally on Twitter at InktoYou and visit her Facebook page at Ink to You (https://www.facebook.com/InktoYou/)

Contact me anytime during the first 6 minutes of the second Thursday of any month ending in the letter "R."